I have a philosophy prof neighbour that I have some great conversations with at times and they can be interesting! I particularly like the Pepper model but it could certainly throw us for a loop and certainly blurs the line between artificial and “natural”.

You don’t get far into the subject of AI without getting into robots, both lifelike and otherwise.  And it doesn’t take…

Miracle of Reduction Posted: 24 Oct 2021 12:05 AM PDT To avert environmental disaster, we need sudden and drastic change. Impossible? No, it has been done before. By George Monbiot, published in the Guardian 20th October 2021 Fatalism creeps across our movements like rust. In conversations with scientists and activists, I hear the same words, [...]

To give this perspective you really need to follow the link and read the news article.

There is a movement afoot all over the USA for what one might call, “Balanced perspectives in education.”  Every intelligent person understands that there is usually more than one perspective on things.  History and even science can be prone to paradigms that today are considered “absolute truth” but tomorrow are found to be wrong.

History is told from the perspective of the conqueror and tends to leave out minority views.  Science is based on theories which are formed on existing facts and evidence.  However, there is seldom enough evidence to prove any one theory to be 100 percent correct.  Science is a system of successive approximation.  Over time, new evidence is developed, and science revises existing theories.  In many cases, we have seen old theories replaced by new theories.

Thus, on the face of it, one might wonder how any logical or rational or sane person could question this…

For many people life hasn’t been smooth sailing these past few years. Living through a never-ending global pandemic with all its related fears and restrictions, not to mention disturbing levels of political discord in many places, has taken its toll on many people’s lives: their health, their finances, their mental health, and their personal relationships. […]Thoughtful [...] 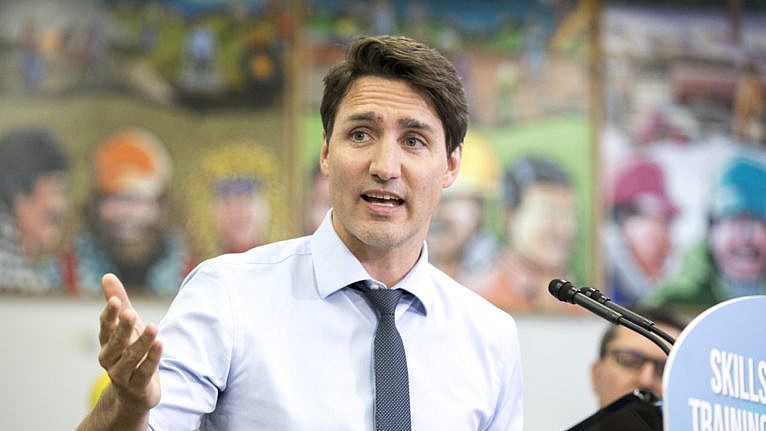 The Prime Minister is sorry, okay? Really sorry. SATIRE: What does Trudeau really mean when he says sorry? Marie-Danielle Smith imagines the PM's ultimate apology. By Marie-Danielle SmithOctober 4, 2021 Trudeau makes an announcement in Thunder Bay, Ont., on March 22, 2019 (David Jackson/CP) I am sorry. From the bottom of my heart. Really. Things haven’t [...]

Definitely tongue in cheek here and no disrespect to wives. A huge thank you to Bill Jermyn for his humour. BILL JERMYNCONTRIBUTED TO THE GLOBE AND MAILPUBLISHED 19 HOURS AGOUPDATED OCTOBER 3, 202159 COMMENTSSHARE  TEXT SIZEBOOKMARK First Person is a daily personal piece submitted by readers. Have a story to tell? See our guidelines at tgam.ca/essayguide. ILLUSTRATION BY [...]

I was asked to apologize for my question in the leaders’ debate. I stand by it unequivocally SHACHI KURLCONTRIBUTED TO THE GLOBE AND MAILPUBLISHED SEPTEMBER 25, 2021UPDATED SEPTEMBER 25, 2021736 COMMENTSSHARE  TEXT SIZEBOOKMARK00:00Voice1x Shachi Kurl moderates the 2021 English-language debate. More than a hundred professionals worked on the program produced by the Debate Broadcast Group.SCREEN CAPTURE: THE [...]

This is an amazing piece from the Globe and your additions are very valuable, thanks.

Last week I tackled the first two items on my self-challenge list of who have been the most significant contributors throughout history to making the world a better place.  I got through the enormous challenge of women’s rights and children’s rights, although I certainly didn’t do full justice to either the issues or the totality of inspiring activists.

However, the next categories on my list of ten are just too massive to reduce down to a few outstanding advocates.  The subject matter is so heart wrenching, and the fights for social justice and human dignity have been going on for so long and still have so far to go, I’m having trouble wrapping my head around it.  These are the categories I had initially hoped to cover this week:

Some great quotes here, love it!

How can we maintain some level of inner peace in the midst of so much stress-inducing turmoil beyond our control?